This blog post is part-review, but does not contain major spoilers to the show.

After I started attending university, I’ve used the majority of my free time to catch up on TV shows from my childhood. I think a lot of college students do this in their freshman year when there is a lot of free time. For me in particular, I rewatched Rurouni Kenshin, Outlaw Star, and Mobile Suit Gundam Wing – both animes I used to watch on Toonami when I was younger, but never got to see the entire series. I have never been a big anime fan, but instead there were a lot of animes I liked from my childhood that I wanted to rewatch.

Last year I stumbled upon a list that picked out the best animes of 2011 by genre. I had some free time back then and was looking for something sci-fi to thrill me. The list recommended Steins;Gate, so I read a few reviews on it and decided to give it a go. That is probably one of the best decisions I made in 2012.

The Steins;Gate Formula, Or Why None of My Friends Will Watch It

As much as I hate describing my favorite anime as following a “formula,” the pattern recognizer in me is just too strong to ignore. The first film I remember seeing in theaters after coming to the United States is Titanic, which for the longest time was the #1 best-selling movie of all time, and often described as a “movie that makes men cry.” For those who don’t remember, Titanic is about a guy named Jack who wins tickets to board the Titanic, a ship sailing for America. Most of the movie takes place from Jack’s perspective, allowing us to develop a personal connection with him as he goes about his life. Then suddenly, everything goes haywire after the Titanic strikes an iceberg, and we see our carefree Jack get saved by Rose, the woman he courted who was way out of his league, and the two of them try to survive the sinking of the ship. The tragedy occurs near the end, when Jack realizes only one of them will live, and he decides to choose Rose.

Steins;Gate follows a similar formula, but because it isn’t about a lower-class artist wooing a girl way out of his league while on a luxury liner he luckily won tickets for, it is harder for a lot of people to make it through the first eleven episodes. Like Titanic, Steins;Gate spends the majority of the first half giving the viewer a deep insight into each of the characters, and admittedly a lot of them live rather boring, “ordinary” lives. To compensate for this, the story uses interesting discussions of time travel, a pseudo-appearance of John Titor, and subtle foreshadowing (such as Suzuha’s negative reaction to Makise Kurisu every time they meet) to indicate that there is something big coming later. Most of my friends can’t stand eleven thirty-minute episodes of ordinary living (let’s face it, the first half is largely an unexciting drama), and so they give up somewhere on episode five or six. To me, this is completely understandable.

On a side note, I once made my best friend Parker sit through Pride and Prejudice. For the first half, he kept asking me “What is this about?” and even though he says it was a good movie, I don’t plan on “forcing” any of my friends through something ever again.

My Favorite Aspects of Steins;Gate

Up until I had seen Steins;Gate, the majority of time-travel movies I had seen were very shallow when it came to the actual science. Most of them involved the use of some sort of physical machine that transports its user back in time. Issues such as the Grandfather Paradox were briefly touched upon but often just shortened to “you can’t interact with your past self or else things in the present will be really screwed up.”

Steins;Gate doesn’t have this issue. The science behind Steins;Gate is argued very effectively and the anime makes sure the viewer understands how basic time travel (using multidimensional theory) supposedly works before putting it into action. However, time travel itself is not enough to make a captivating show, and that is why the first half is so important – once the viewer gets attached to each of the characters, a tragedy is brought forth that throws everyone’s lives into chaos. The protagonist of the show, Okabe Rintaru, utilizes the power of time travel to create a better future, but unlike in most other time travel movies, changing the past is not a simple matter. We get to see Okabe fail repeatedly until he realizes that some things in the present “just have to happen,” and it is how he deals with this dilemma that makes Steins;Gate a show that goes beyond scientific fantasy to something we can all relate to – the acceptance of reality, what it means to let go, and how even great power (such as time travel) has its limitations. It is these aspects that will make me remember Steins;Gate for the rest of my life.

The Flaws of Steins;Gate

Despite what many of my Facebook friends might believe, there are fanboys and fangirls out there who are more die-hard about Steins;Gate than I am. It seems like whenever I make any sort of post that criticizes their favorite show (S;G is my favorite show too), I immediately get downvoted or flamed. However, no show is perfect, and even Steins;Gate had areas that I thought were weak, particularly the ending, which is the major part most critics have issues with.

Like Titanic, I expected Steins;Gate to end as a tragedy. After all, so much of the show builds up to a tragedy that the lack of tragedy at the end makes the happy ending feel somewhat forced. Don’t get me wrong – the ending is excellent, and is necessary for the first episode to make sense (Steins;Gate is one of those rare animes that truly goes “full circle”), but I think there could have been one or two more episodes extending the latter half of the show to make the hard choice Okabe makes before the end resonate with the viewer.

Yesterday, WhyNotSubs released a sub-fixed version of the Steins;Gate film that is supposed to extend the ending of the original anime. You can check it out here: http://whynotsubs.com/steinsgate-fuka-ryouiki-no-deja-vu/

Without going into any major spoilers, I will say the movie is excellent, if not a little crammed in the second half. I’m not sure if there was pressure on the developers to keep the movie only 1.5 hours, but it definitely should have been 2. The first half gave me chills in its excellent pacing and foreshadowing in things about to go wrong in a world where everything was supposed to be right, but the second half was definitely rushed.

I’m a huge music lover and have tons of albums from various movies. The music in Steins;Gate (both the anime and movie) is excellent at capturing the emotional moments, although I will be honest in saying I am not too big of a fan of the anime’s main theme, “Hacking To The Gate.” Thankfully, 5pb has moved more towards using Ayane’s works in their Steins;Gate games and even the movie, and most of her songs capture the aura of the series more accurately. 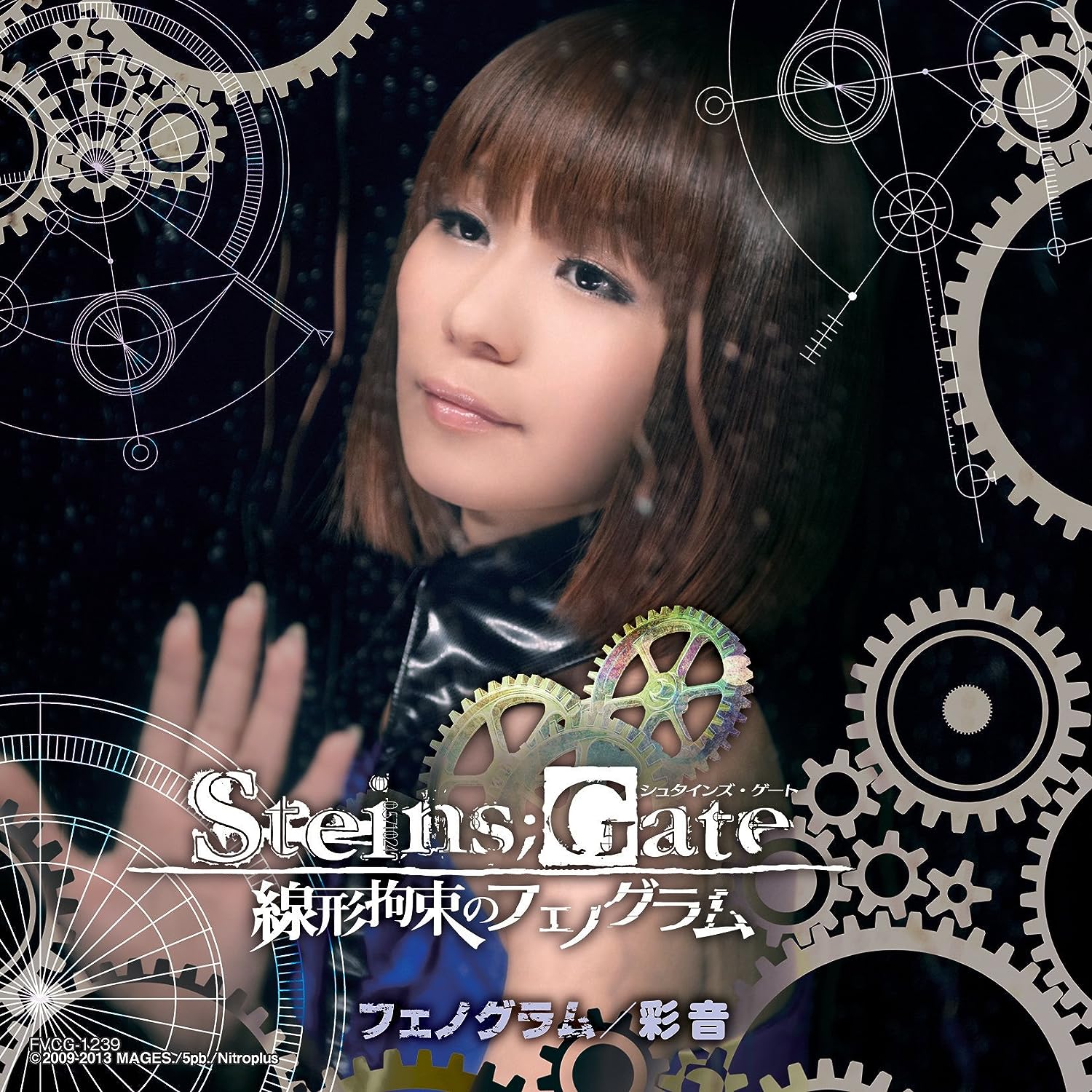 The ending theme of the new Steins;Gate movie is sung by Ayane, and now one of the songs in my “Best of Anime” playlist on iTunes. You can check it out here: https://soundcloud.com/misaka-kaze-bombz/ayane-itsumo-kono-basho-de

Steins;Gate has gotten me back into anime. I’ve watched a number of shows since S;G, such as Fullmetal Alchemist: Brotherhood, Clannad/After Story, Gundam 00, and Gurren Lagann. Steins;Gate is still my favorite, and likely will be for a long time. There’s just something about this show that I can’t find in others.