In this post, I lay out different ways different card games that utilize the color wheel support different colors (factions) in their games. I am writing this post because dealing with multicolor deck support is something I am struggling with in the design of Zems. I originally just figured I would have certain Heroes have the ability to change the color of resources the player controls, but after playing EDH in Magic: the Gathering for about a month, I’m convinced that multicolor support in a deck leader card just isn’t fun. Before I go into detail on what I think is the best way to support multicolor decks in Zems, I would like to present how some other games do it.

MtG has a flawed resource system by design. While Magic players have grown to accept it (and designers have learned to work with it and make it as small of a design flaw as possible), it’s still not the ideal way to manage resources. However, Magic does have one of the simplest non-restricting ways to support multiple colors – just add lands of the other color to your deck alongside some spells of that color. There are virtually no restrictions in deck design in Magic. My goal, however, is to list every major way multicolor support exists in Magic, and I will put them in bullet form below:

Netrunner is, in my opinion, one of the best-designed card games to ever exist. It sadly is not a very easy game to pick up, which is why its popularity has never been high, but it is the most skill-based card game I have ever learned to play. Netrunner doesn’t really have colors, but instead it has Factions, which are a variation of the color wheel pattern. Netrunner decks are led by a hero called an ‘Identity’, and this identity card has a number on it called ‘Influence’. Each non-identity card has an ‘influence number’, and a deck can feature cards outside its faction up until its influence max (the amount of influence the Identity card has) is met.

Note that Netrunner does not have a resource system that runs on the color wheel. This means the primary resource in Netrunner, the bit, can be used to pay for any cost, regardless of Faction.

SolForge, created by the company that also made Ascension (which I have not yet played), utilizes a very rigid faction system. Decks in SolForge can be one color or two color, and that’s it. 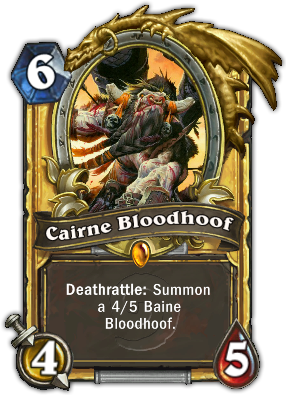 Duel of Champions and Hearthstone utilize what I call the ‘neutral card system’, which basically means that faction-specific cards can only be used by their designated faction, but there are a handful of non-affiliated cards (neutral cards) that can be used in any deck from any faction.

Supporting multicolor decks in Zems is a real challenge since we utilize a Hero system similar to Netrunner’s Identity and Might and Magic’s Hero. The current design document specifies that each deck has a primary color, and that a multicolored hero will have the ability to convert the zems (resources) from the primary color into the hero’s other color. The problem with this, as I mentioned earlier, is that this is inherently unfun. There is nothing exciting about running a hero for the sake of just being able to play multiple colors.

The other problem lies in balance and not violating the color wheel pattern. The color wheel is effective because it creates strengths and weaknesses in a deck that utilizes certain colors but neglects others. If we utilized an influence system similar to Netrunner, we would violate the color wheel design, and here’s an example of how. Suppose we create a deck that has strong creatures (thanks to one color) and lots of burn/direct damage (thanks to another color). This deck might have a weakness against decks with a color that is good at deterring attacks, forcing us to rely more on burn to supplement the attacks we are able to get in. If we utilize an influence system that allows a card from any other color to be placed in the deck so long as the influence max isn’t violated, we will have decks that include cards from other colors that are designed to shore up the weaknesses we are trying to create. Over time, this creates less variety as decks in certain colors are forced to include some specific cards from another color in order to be viable.

Hearthstone and Might and Magic utilize the neutral card system, which is another direction we could go. I don’t have much experience with Might and Magic, but I have played my good share of Hearthstone and I am not a fan of the neutral card system. The issue with offering neutral cards that can be used in any deck is that they will vary in power level and value to the point where some neutral cards are just so good that they belong in virtually every deck. The neutral legendaries are a great example of this, as Cairne Bloodhoof is just so good that you would have to make a good case for not running him in every deck, with few exceptions such as the all-in decks like Miracle Rogue.

While I feel like SolForge’s two-color system is very rigid, it is also very simple. This is an area where SolForge handled the color wheel system very effectively. No one questions the viability of a two color deck (although single color decks are quite rare) in the game, and I am a huge fan of restricting a deck to two colors.

In short, here is my summarized opinion of multicolor support:

With the above points in mind, here is how I would implement multicolor support in Zems.

By restricting the colors possible to two, we enforce the color wheel balance. By making zems also less complicated as a resource, we reduce the complexity of the game and avoid issues of not being able to cast cards from our secondary color (which would also be unfun). This means that we can change Hero abilities from simply being “Convert any number of white zems to red zems” to something much more interesting and fun. Right now I’m looking at popular commanders in Magic: the Gathering’s EDH/Commander format as inspiration, but I haven’t finalized any of the actual Hero abilities yet. Let me know what you think about this system, and also if you know of any games that offer a fun way to support multiple factions!