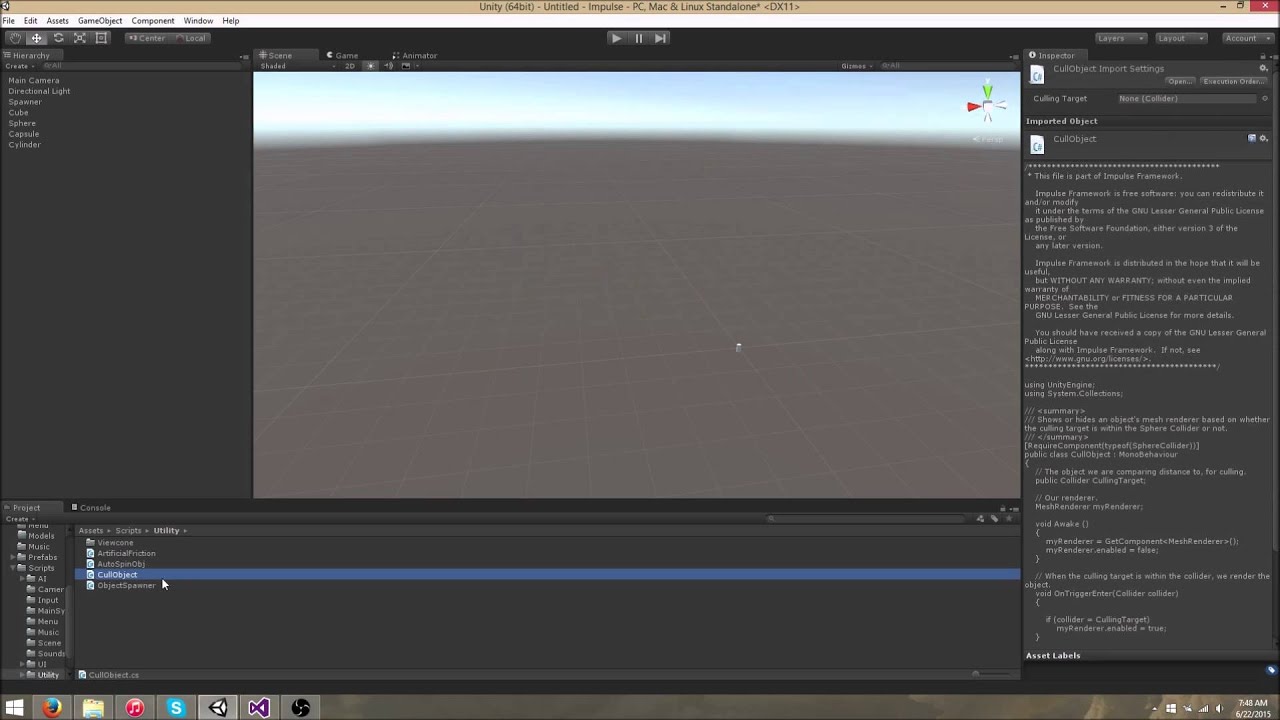 In my 1GAM space shooter, I spawn a bunch of enemy ships around the level at the start of the game and then hide them until the player gets within a certain distance. The main reason for hiding objects after spawning is because it conserves draw calls. This script is part of my Impulse Framework.

As with all Editor scripts, this must be in a folder called “Editor”.

Actual object culling is handled by CullObject.cs, which checks if the culling target is within the Sphere Collider’s bounds. When ObjectSpawner spawns an object, it creates a child object called “Culling Sphere” with a sphere collider and the CullObject script attached. When the culling target is not within the bounds of the Culling Sphere’s sphere collider, the spawned object is culled (hidden).