That’s what my team went through to arrive at the final UI design for Zems Online Card Game. Of course, not all the elements above are going to be displayed – you have to open the chat panel to see it, click on a unit to see its ability, etc. These are provided in order to show how they would look when open.

The design was created by a former designer at Naughty Dog, developers of the emotional The Last of Us and the highly acclaimed Uncharted series. Along the way we had input from a combination of users ranging from industry veterans to your average gamer. Of course, what people say and what people would like are two completely different things, and a lot of time was spent dissecting feedback and asking ourselves how criticisms could be addressed while still fulfilling our vision. 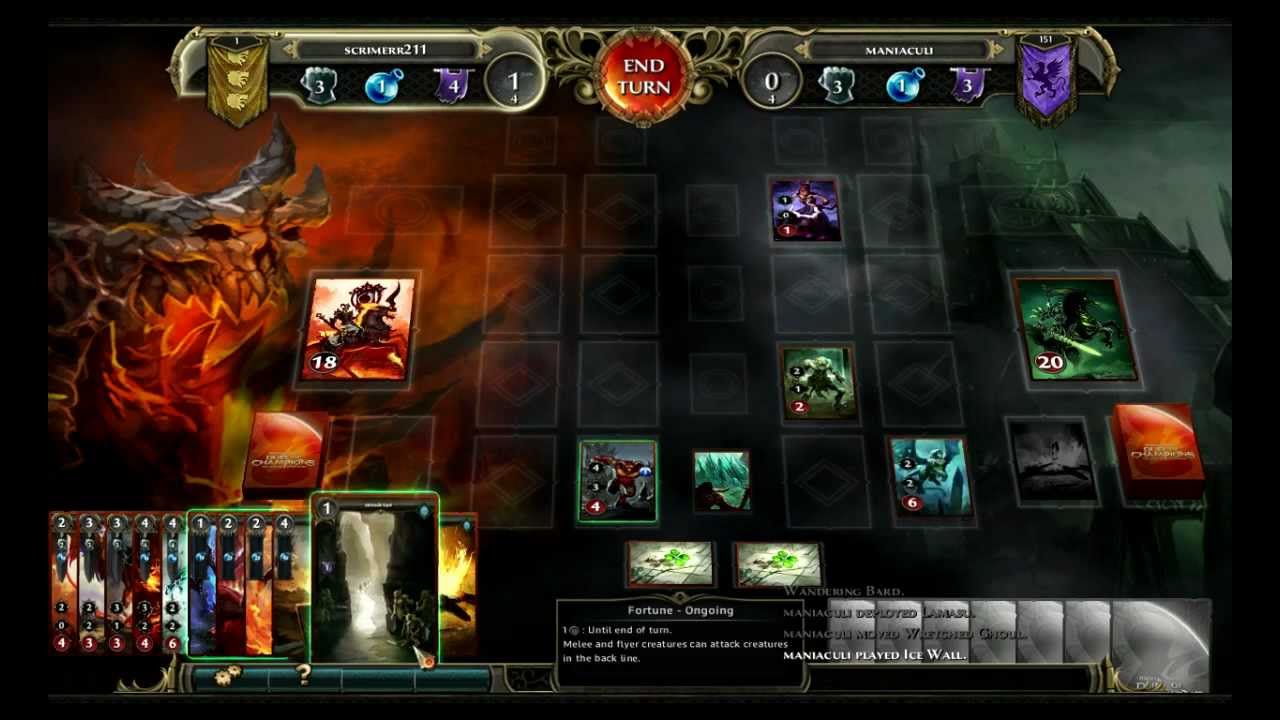 Might and Magic: Duels of Champions. Notice how the dark UI allows the bright colors of the cards to really stand out.

Truth to be told, when we started we had never heard of Duels Origins and had considered some of the earlier titles such as Duels of the Planeswalkers 2014/2015, but neither of those had the same kind of contrast that really stood out like Duels of the Champions had. One area in which Duels of the Champions seems to conflict is the UI in the top center – the buttons and icons really stand out and grab your attention. When looking at the board, the viewer is forced to notice the UI elements in peripheral vision, and this is something I wanted to avoid in our design. 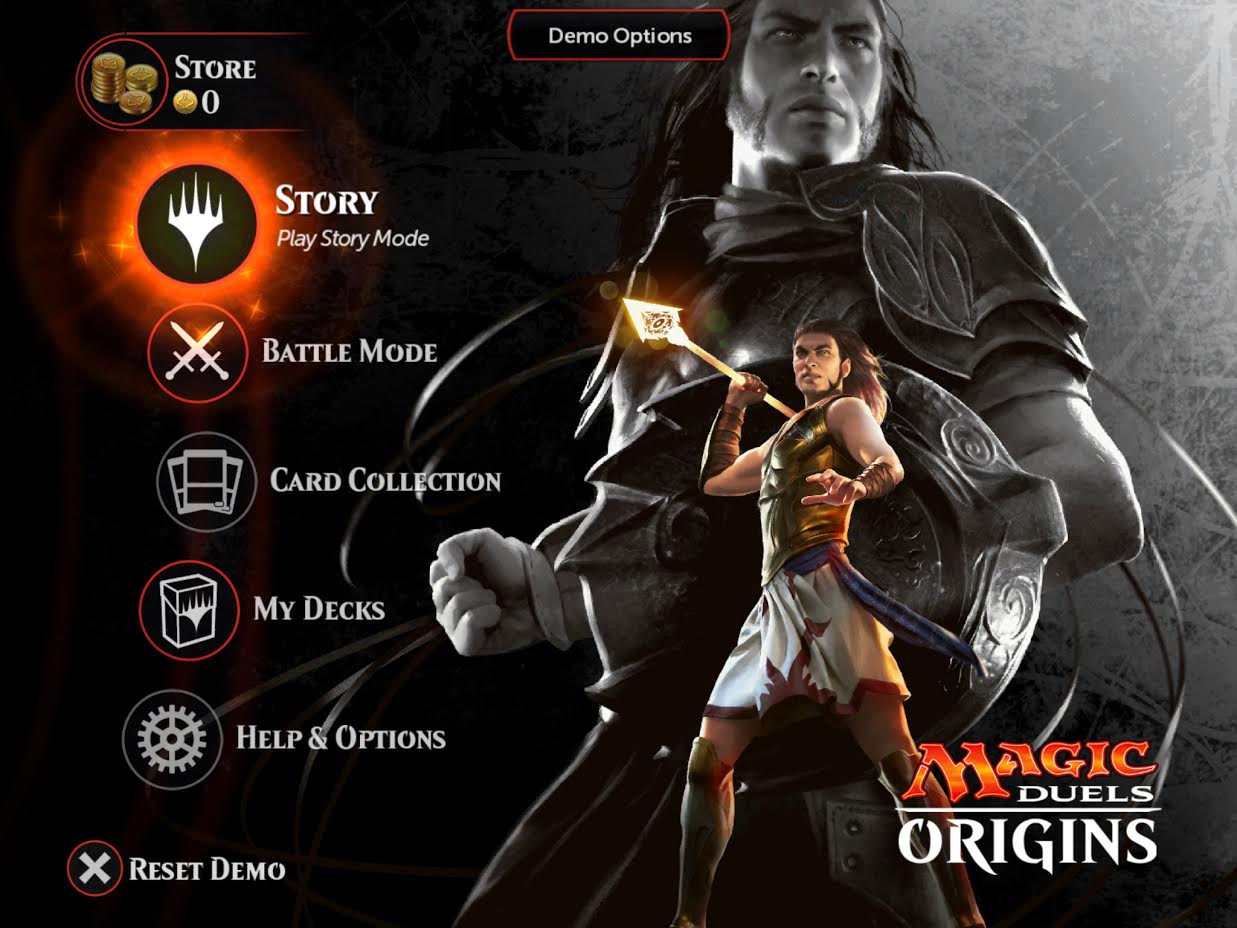 Duels Origins evolves the design of its predecessors in a way that greatly resounded with me. Its dark color scheme, similar to Duels of the Champions, allows the colorful design elements to really stand out. But whereas Might and Magic used buttons that ‘pop’, Duels Origins had flat buttons that could mistakenly blend in with the dark UI if not for their colorful border that clearly suggests they are clickable. To us, this style of design is a mighty compromise between a UI that has clickable elements while still remaining neutral so the user is not distracted from the gameplay elements themselves.

Our final UI design, with multiple items active to demonstrate presentation for different items and areas

The game scene is broken into several layers.

This layer is almost entirely in 3D, but is not the only layer that uses 3D elements. It is comprised of an environment and a grid layer. The environment itself is just a concept at this stage, but we are working with a modeling studio to convert the concept into an actual mesh layout.

On top of the 3D level is a 2D grid that is considered the playing field.

Our units are composed of both 2D and 3D elements. The base itself is actually 3D and is just a hexagonal “stand.”

Unit bases: one for heroes and one for non-heroes.

Like our 3D environment, the bases are also currently a concept awaiting 3D conversion.

The unit pictures are cutouts of the card illustrations themselves.

Illustration Cutout. Note how we have to use visual effects like mist to help mask areas that do not cut out as well.

Not all of our illustrations easily convert into a cutout. Some illustrations only feature part of a unit, with certain areas such as elbows or legs cut off. We will combine visual effects such as mist or add extensions in order to smooth their transition into unit models.

This last layer is an overlay on top of the other two layers. It is the user interface that provides data to the player, contains the player’s hand and grave information, and is what enables the player to use unit abilities and end the turn.

There are certain UI elements we are unsure of in our final design and will be looking to improve through user testing.

The real test of our design will be through user testing, feedback, and iteration. Some game startups prototype much more quickly than we do using crude UIs that start out in a horrid state. I’m personally not a fan of this approach as often times this kind of iteration leads to ‘decent UI’ instead of ‘great UI’. Great UI is not noticeable – it blends in with the goals of the game and enhances user focus while still providing information and options the user might need.

As Joe Soprano puts it:

We ultimately hope users never talk about our user interface in the final production. That is how we will know we succeeded.